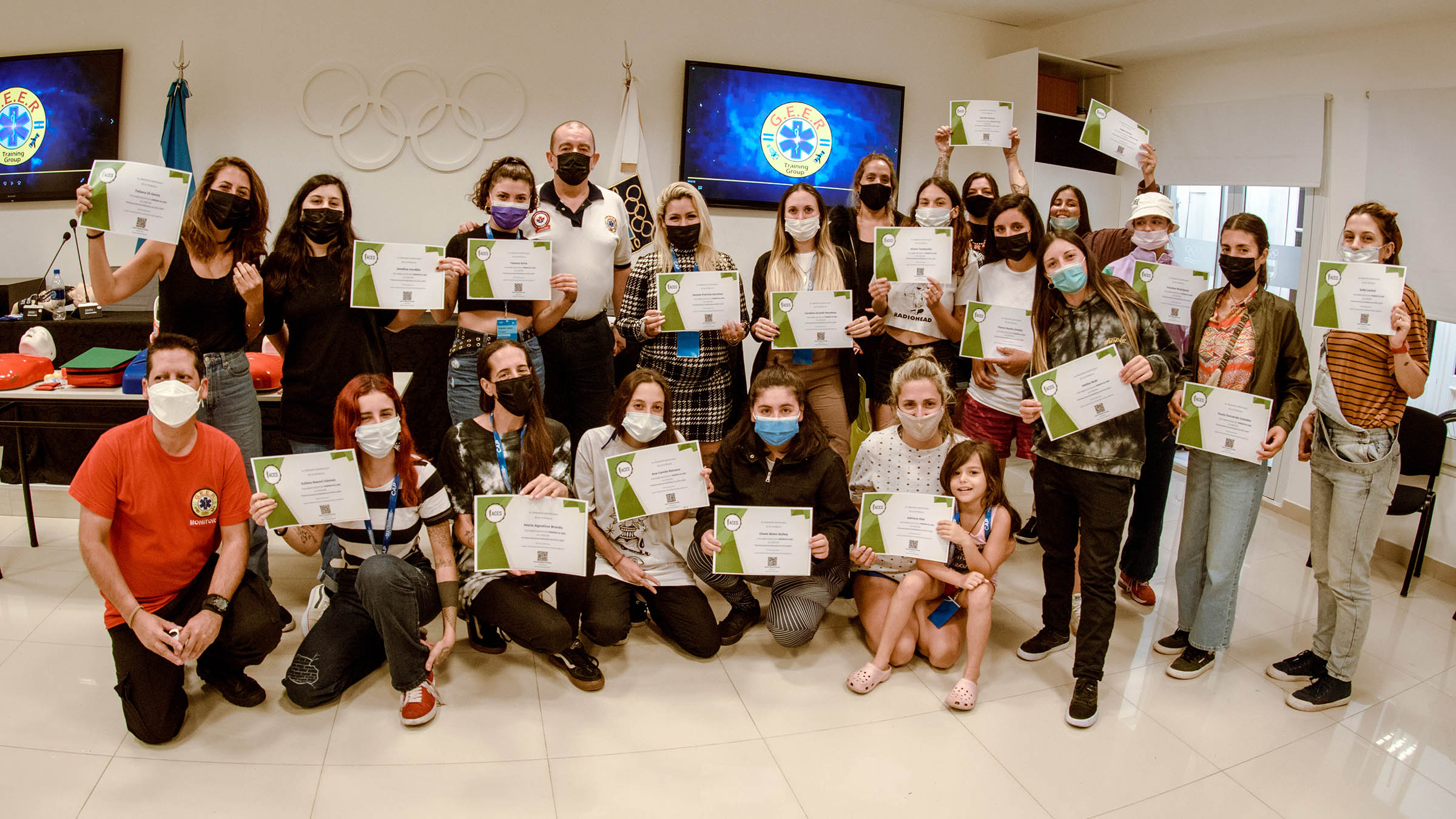 One of the cornerstones of post - Tokyo responsibility for World Skate is the support and implementation of grassroots development of the activity globally.

Two major areas of development within that giant undertaking were those of female participation and within countries with less developed skateboarding scenes than those who populated the podium in the Ariake Urban Sports Park in summer 2021.

Both of those demographics intersect in Argentina, home to Latin America’s second-largest skate scene and a massive upswing of interest in skating among girls and women right across the vast country.

The creation of a symposium in Buenos Aires in February 2022 by Natalia Sanchez, Chairwoman of World Skate’s Gender Equality Commission, set out to bolster not just female participation in skateboarding in Argentina but to develop support structures both in terms of coaching and event management. 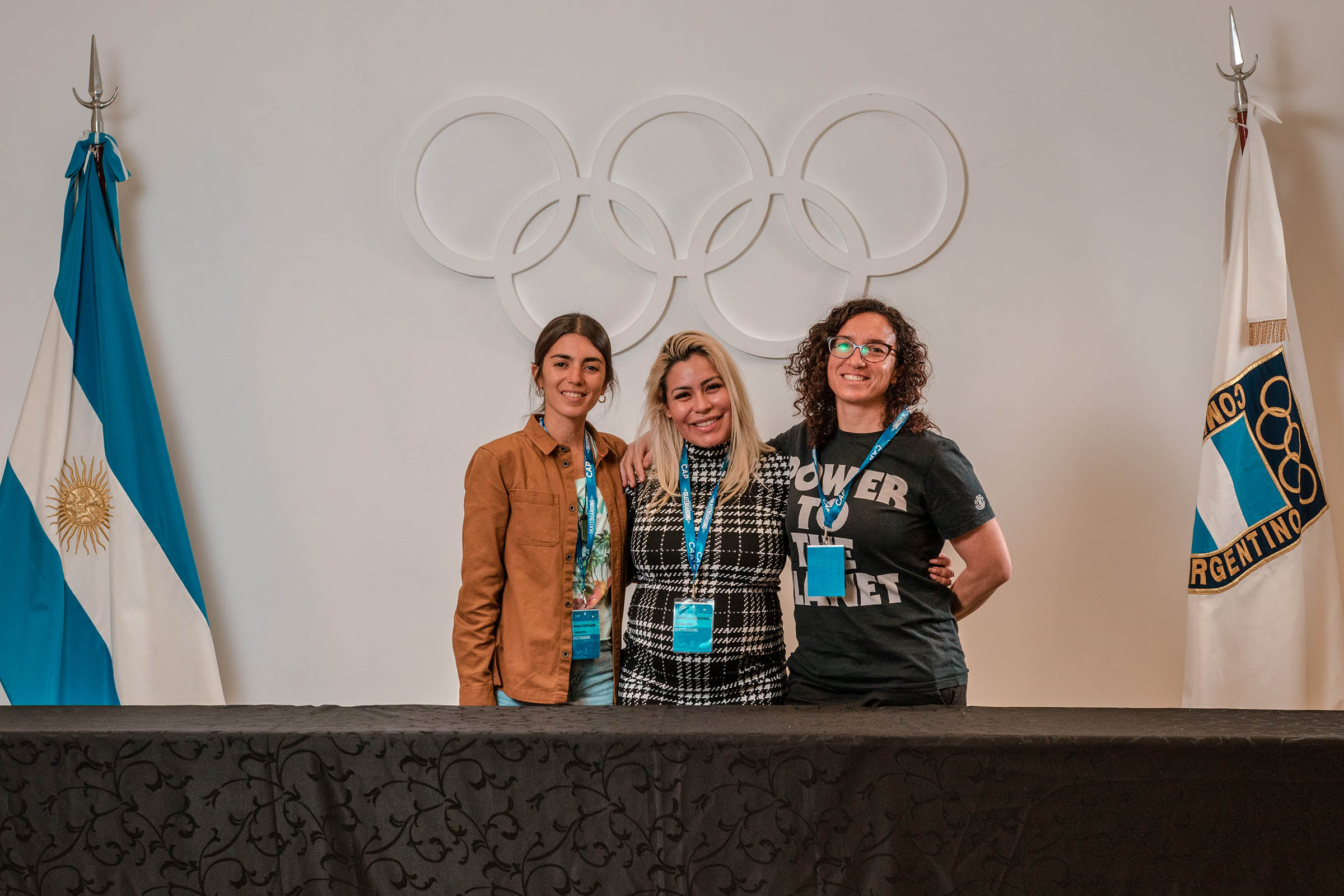 18 participants from throughout Argentina attended the 5-day Technical Course for Coaches conference at the National Olympic Committee Headquarters, attending lectures from authorities such as Dolores magazine’s Veronica Trillo, certified skate coach Paula Costales and Natalia herself which covered every aspect of grassroots skateboarding development from running workshops to first aid, judging to event management right through to Olympic qualification and safeguarding.

The success of the event was such that similar gatherings are now under discussion for neighbouring nations Mexico, Colombia, Peru and Chile, and so we took the opportunity to catch up with Natalia upon her return from Argentina to ask her about her personal experience of the symposium and hopes for the future.

For further information on the project and best-practice learning materials please contact us here at World Skate! 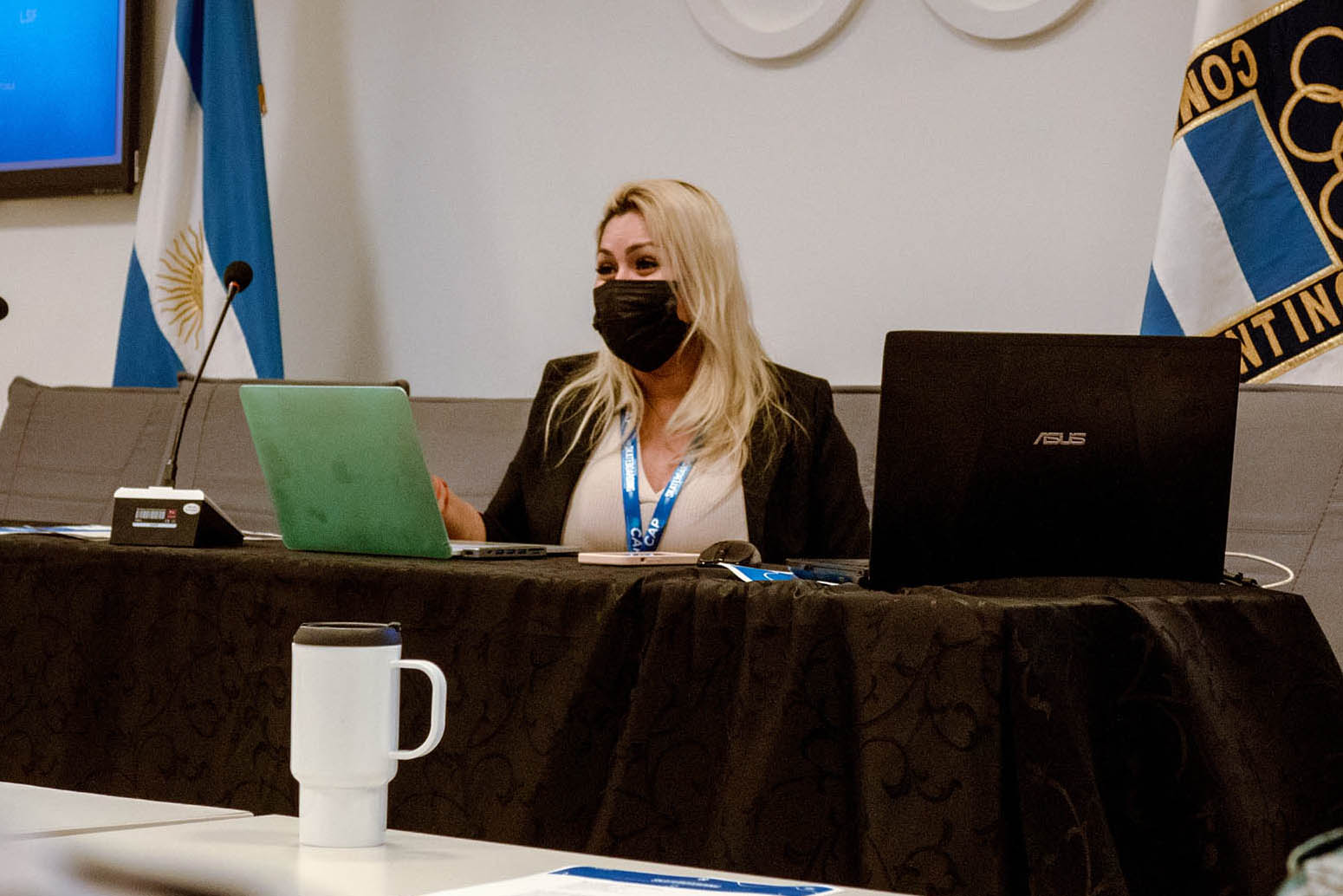 Hi, Natalia- and thanks for your time: are you proud to see Latin America taking the lead in developing women's participation in skateboarding?

I’m proud to see that there are so many women in Latin America who have an immense vocation toward and love for sports, and a large portion of their valuable time is spent on activities that help the development of skateboarding.

I am proud of the Latin American women's collective- within a culture that is far from standard in terms of equality and equity; it’s very encouraging to know that there are many women with incredible entrepreneurship who are looking for a little push to move forward. There is still a lot of work to be done in Latin America, and so this is one of the many courses I aspire to organise in order to grow involvement, be able to empower other colleagues and help connect Latin America with the world.

What challenges are unique to where you are, and which are universal?

One great challenge has been to be able to build trust between the authorities and sports leaders in order to be able to do quality work in Latin America.

Time differences often feel like working against the clock, and also the enormous language barrier for many participants when it comes to analysing educational material.

On a global level, the biggest challenge has been Covid: being able to create an agenda what with time differences between Europe and South America and the differences in pandemic restrictions from place to place.

That certainly made it harder for everything to flow smoothly.

Did you learn anything personally from the course?

We always learn from each other- and the experience!

This time I was able to confirm again I have learned that collective work brings enormous results.

I witnessed how co-operation and bonding between the participants has magnified the experience by spreading positive energy and creating innovative spaces.

I’ve also been able to observe that the work of bring equality to females across Latin America and in developing countries which are male-dominated is only the start of what we need to do. Despite skateboarding becoming an Olympic sport, there are many countries where skateboarding is just now being introduced to young girls.

My mission is to ensure that there is education in place by the creation of courses and seminars.

This is a small part of what we can do as an international federation, but there is a lot more behind it, which is where we must be vigilant to achieve positive development for women in this beautiful sport.

What should other NGB's do if they want to follow your lead?

It is important to understand that skateboarding is a unique sport, and when forming this Gender Equality Commission, WorldSkate has created a space where women's voices are heard.

Despite being in the process of establishing themselves, it is important that every NGB can create these spaces of parity when it comes to listening to women’s voices.

One of the foundations of the good development and growth of National Federations is education. Skateboarding is a sport in search of equal opportunities, and at this stage there is a gap which needs to be closed with respect to the difference between men and women in terms of major cash prize tournaments, earnings, leadership, judging and training.

To have equality in skateboarding become a reality for all it is necessary to implement training from the foundations in each of the pillars of skateboarding as a sport.

The role of coaches, technicians and judges are fundamental pillars in achieving that training and facilitating the objectives of their athletes. That’s a key pillar in the achievement of the success of any sports organisation.

The ongoing training of these people must be promoted by sports organisations; in the case of our Federation, it is important to offer these spaces which will directly benefit our people and by extension our athletes.

What one thing would you like to see change in international skateboarding for Paris 2024 and beyond?

We learn from experiences- the mistakes and successes we make; we are at a moment when a street activity becomes an elite sport.

It would be great to evolve with a gender perspective in which it is not an issue to choose the gender of the coach, where each federation can have a trained female coach in its coaching staff.

I would love to meet up in Paris to see teams where there are also women leading- and, of course, that evolution leads to a higher level of skateboarding.

If there’s something I hope is never lost within the current exponential growth of skateboarding, it is its unique essence.