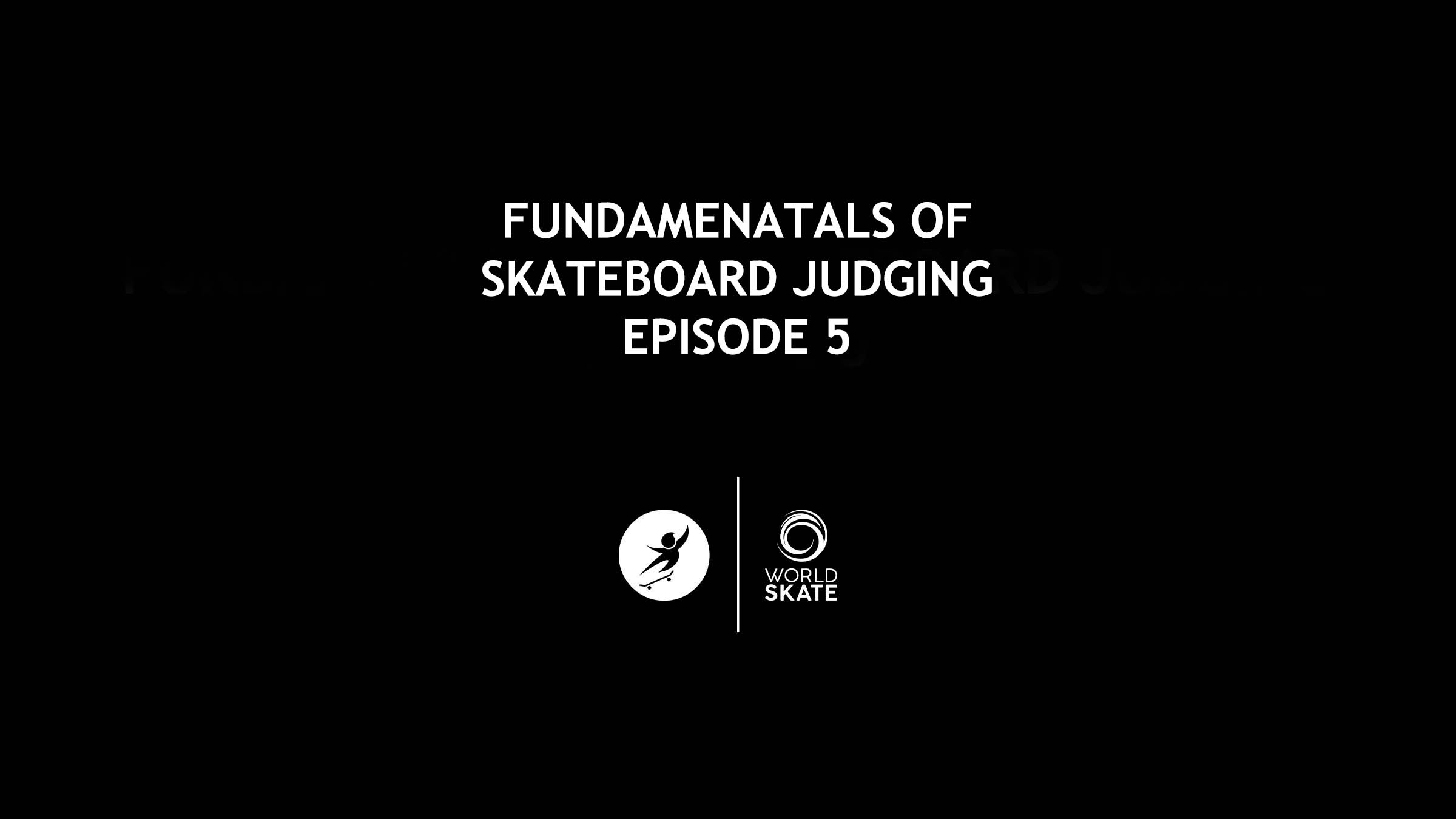 Closing out our Fundamentals Of Skateboard Judging e-learning series comes the webisode concerning the genre which changed skateboarding in the most prismatic way of all: street.

Nowadays, the term street is bandied about as a cypher expected to signify authenticity and a sense of cultural realness- much of which stems from how street skateboarding re-imagined the world around it.

In reality, street skateboarding codified itself into a series of quantifiable sub-disciplines complete with Already Been Done laws of primacy, proving-ground locations whereby prowess might be measured against other skateboarders, and stair counts used to measure amplitude of huge tricks.

All this happened independently of the structures of organised competition- and it is these intrinsic, organic hierarchies of skateboarding measurement which competitive street skateboard judging seeks to replicate within the contest arena.

It is with this understood orthodoxy which skateboarding has independently created for itself at the forefront of how the difficulty, finesse, technique and courage that skateboarding galvanises into a single moment of magic is measured which shapes competitive street skateboard judging.

With World Skate Judges Vanessa Torres, Stephane Larance and Head Judge Matt Milligan deconstructing the overlapping complexities of skateboarding’s most progressive dimension on our behalf, we collectively benefit from more than eighty years’ worth of skateboarding experience which spans not only time and terrain but geography and sex as well. From a perspective of comprehensiveness, that will take some beating.

As with the previous four webisodes, this edition will form part of a permanent online reference archive.

Just follow the link to register and as always for enquiries or feedback please contact us directly or contact your National Governing Body for more locally-relevant information!