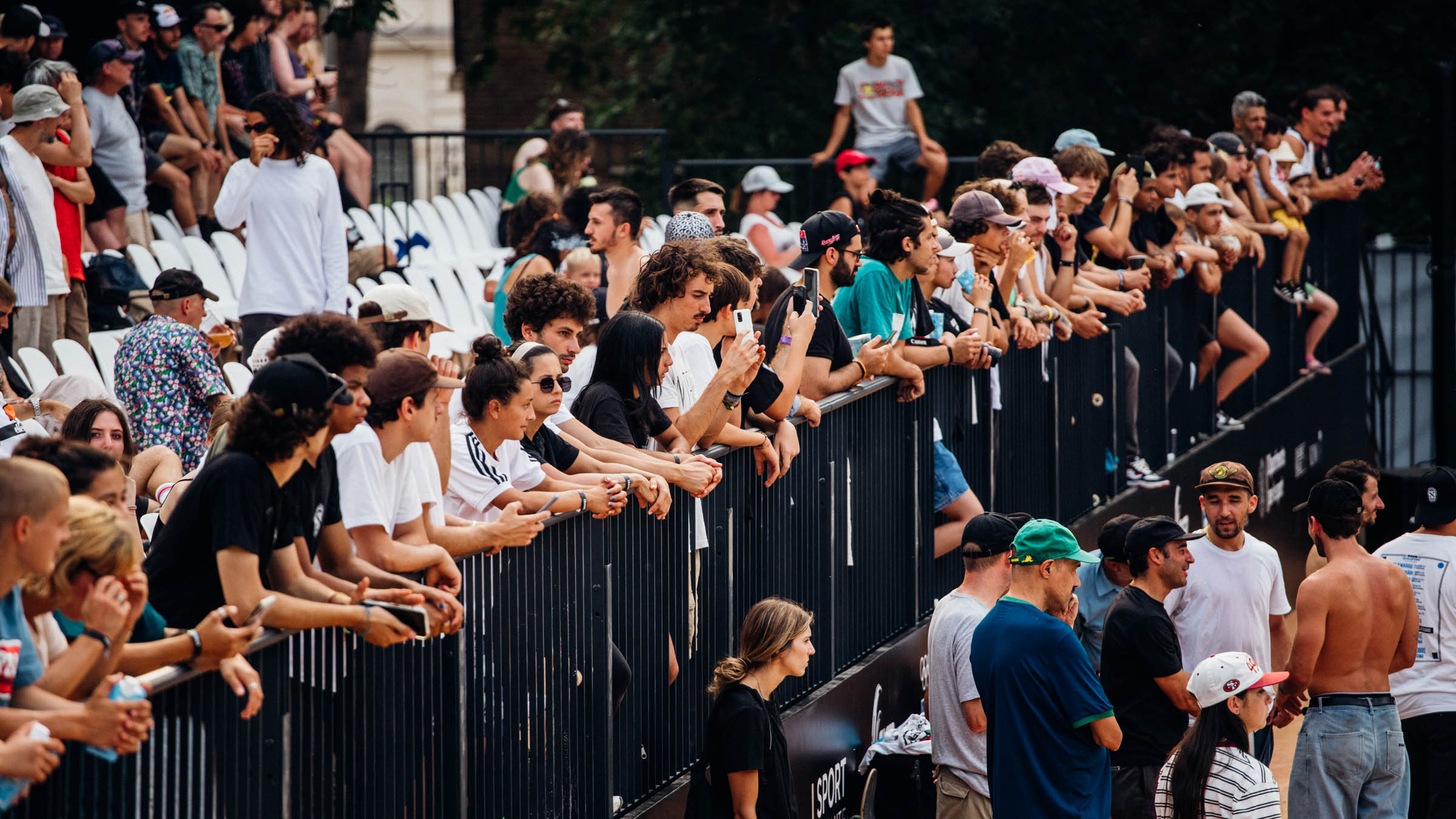 Under cloudless azure skies and soaring daytime temperatures, Open Qualifications got underway at 8.30 in the morning with long midday breaks in case the afternoon heat could prove problematic.

In Wednesday’s Women’s Open Qualifiers, each of the 63 female athletes had to endeavour to complete two 45- second runs, the highest-scoring of which would dictate their position in the final qualification standings. The cut-off point was position 27, meaning that everyone above that ranking would progress to the Quarter-Finals the next day.

Although there were strong individual showings amongst the four heats notably from Brazil’s Gabi Mazetto, Dutch trailblazer Roos Zwetsloot and America’s powerful Mariah Duran, that tale of the tape in qualifying once again underlined the new realities of competitive skateboarding:

Japan saw no less than 7 female skaters go through- including 6 in the top 10- followed by the USA with 5 and European powerhouse The Netherlands with 4.

Those 27 joined the 3 pre-seeded Tokyo medalists and next 2 highest-ranked skaters on the Official World Skate Ranking to set up a stacked 32-person Quarter-Final split up into 4 heats of 8 skaters each.

Given that 3 of those pre-seeded 5 were themselves Japanese (accompanying 2 Brazilians) that means a staggering 10 out of 32 female Quarter-Finalists at World Street Skateboarding Rome 2022 hail from the tiny island nation of Japan. For purposes of context, Japan was all but unheard of within skateboarding circles a decade ago.

24 hours later it would be the turn of the Men’s Open qualifiers, this time tasked with narrowing a field of in excess of 100 competitors down to 27 which necessitated an uninterrupted 10 hours of skateboarding to achieve. As with the girls the day before, the Roman sun was unforgiving but the loud and proud nations represented here would not be dissuaded by the elements: a large Turkish contingent, a vocal Venezuelan posse, the light-hearted, not-so-serious Dutch contest veterans, the tight- knit Portuguese crew and a raucous Brazilian squad all made themselves known throughout the day.

As the afternoon sun receded behind the bougainvilleas and jasmine that form the park’s southern perimeter down the park, the tempo in the heats began to increase.

Noticeably, heats seven and eight were wall-to-wall with heavy-hitters from the skateboarding world and just as the heat began to ebb from the day so the frenetic energy of early runs gave way to a masterclass in technique and control. That is not to say that the best skating came solely from the last 2 heats: Sweden’s Hampus Wimberg and Argentinian one- two punch Mauro Iglesias and Joel De Castro certainly shot ahead of the pack in their heats to make the final cut and indeed the top 3 qualifiers had all skated before the midday sun was overhead.

Somewhat reflecting their female team-mates the day before, the Japanese had 3 qualifiers in the top 7 here today, from where they will go forward to join their pre-seeded team-mates Sora Shirai and Olympic gold medalist Yuto Horigome in what represents a seismic shift in skateboarding contest domination.

Friday sees both fields reduced to 32 from which the Quarter-Finals will again distill these elite skaters into a Semi Final containing only half that number- and with the conventional wisdom out the window as to who seemed likely to dominate, this promises to be potentially the most intense and highly charged contest of recent years- including Tokyo!