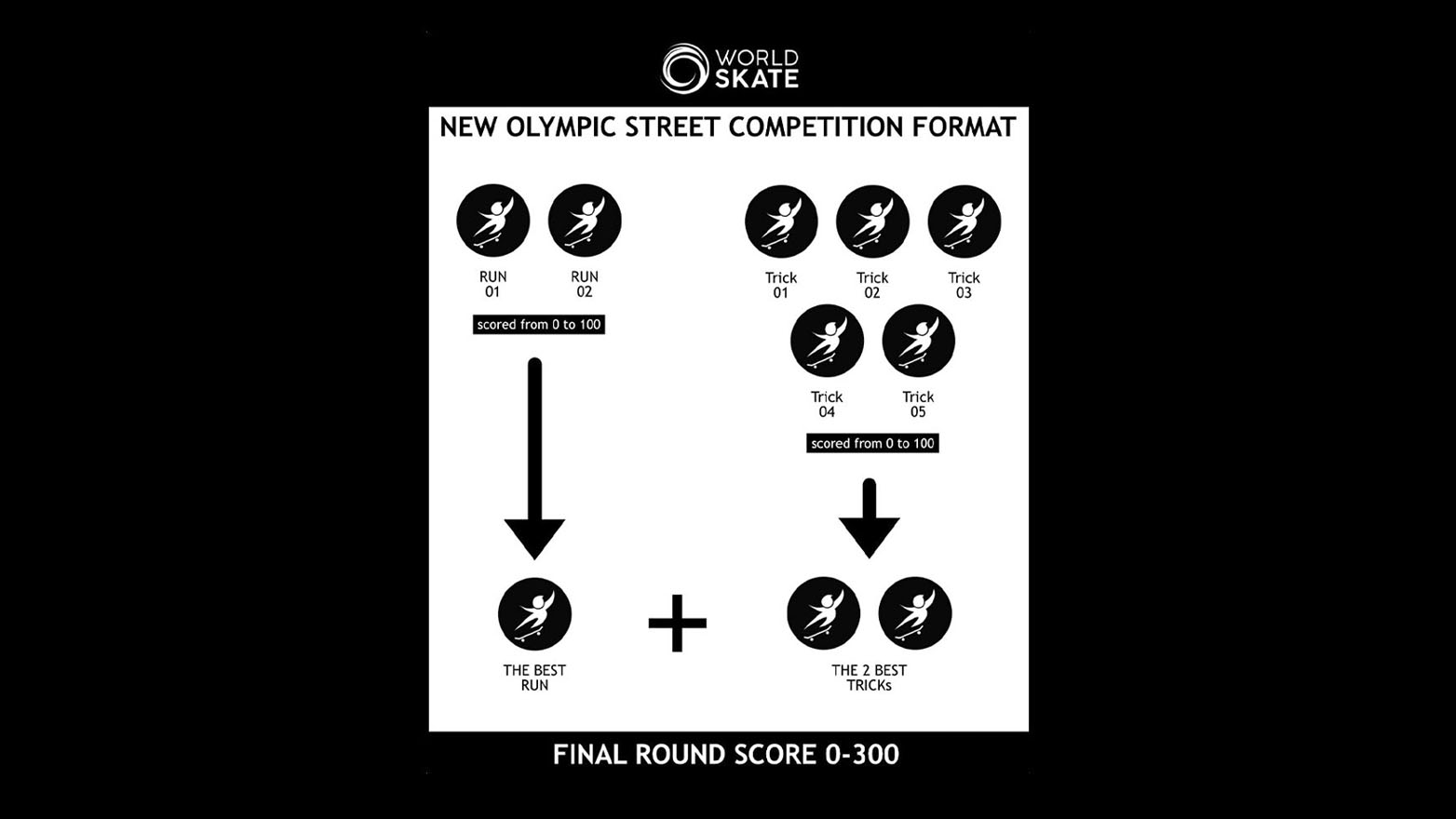 World Skate are delighted to announce the release of the official Street Skateboarding Format for all Paris 2024 Olympic Qualifier events.

Taking forward learnings and feedback from Tokyo, and working in close consultation with both the Athlete Commission and World Skate’s International Skateboard Judging Commission, the unanimously-agreed format will operate as illustrated below. 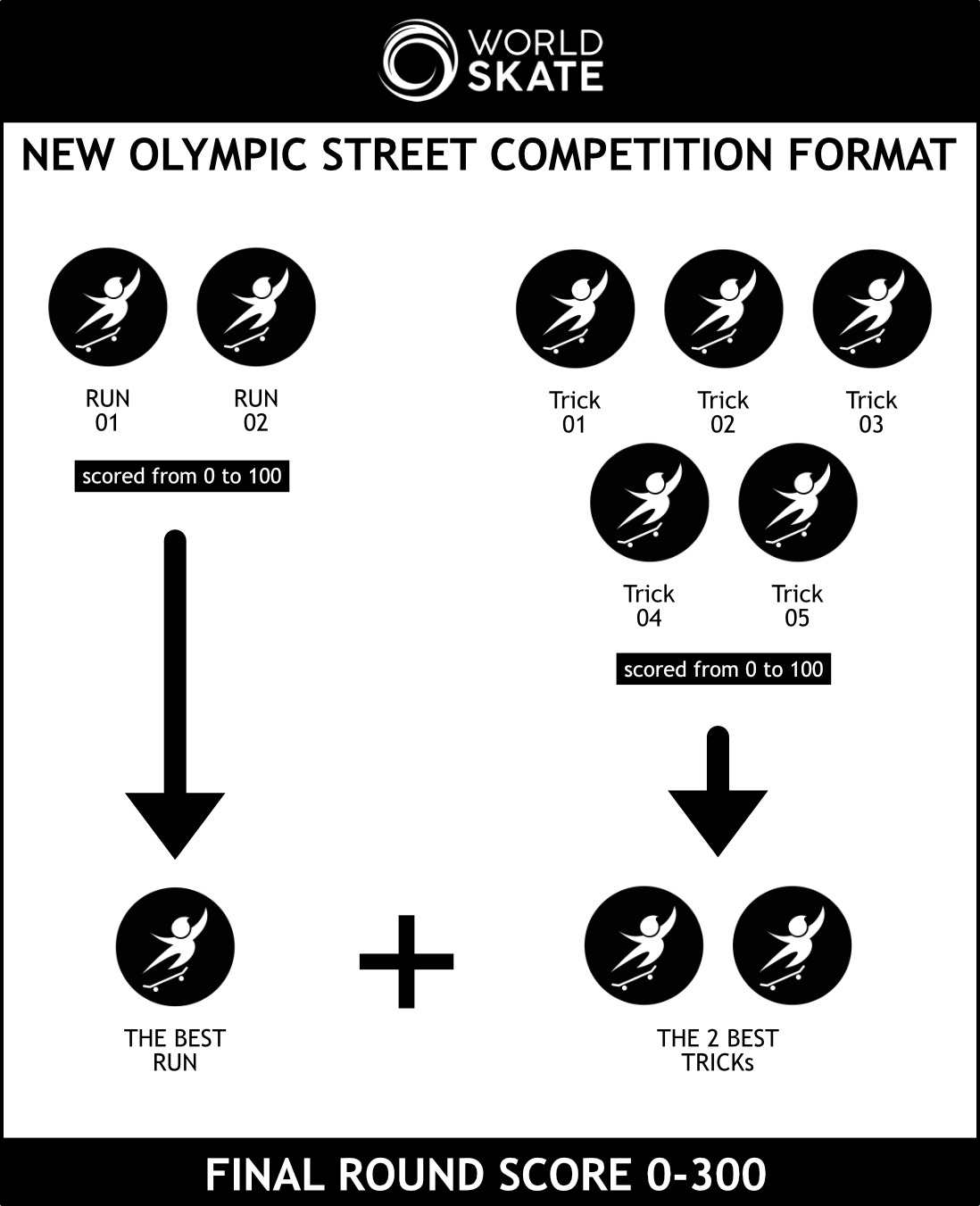 While much of the format will be familiar to skateboarders who competed within the World Skate umbrella last year, the main differences or innovations within the rules we have highlighted below:

Complete competition rules will shortly be made available online for all interested parties to consult ahead of and throughout the 2022 season!