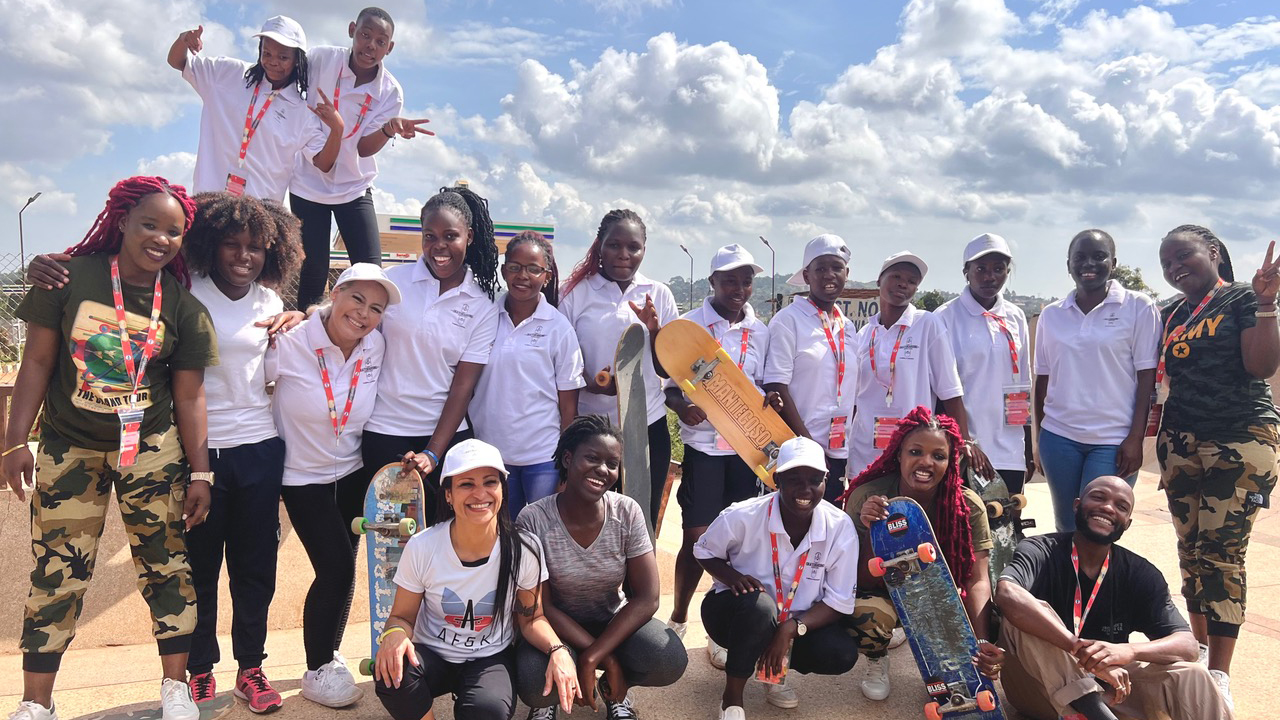 Now, I wonder if you recall that back in March we reported on the first Women In Skateboarding symposium which took place in Buenos Aires, Argentina, the previous month?

At the time, we interviewed Natalia Sanchez, Chairwoman of World Skate’s Gender Equality Commission who talked about how their Women In Skateboarding Technical Course would be rolled out in other emerging skateboarding scenes in order to ensure parity of representation between the sexes at all levels of the global World Skate community.

Today we are pleased to announce that Uganda have just completed their own 5- day WISTC programme in the capital, Kampala, late in August 2022.

This full-spectrum development schedule covered everything from teaching skateboarding at different levels to safety, first aid, raising sponsorship, scaleable event management guidelines and judging principles, right through to understanding the remit and responsibilities of different strata of governance structures and how they can each support the development not only of individual skateboarders but the culture of skateboarding in their country more generally. Basically, a toolkit for becoming further involved with skateboarding from first principles right through to the biggest stages in the world!

World Skate Gender Equality Commission representatives Natalia Sanchez, Renata Paschini alongside Chenai Gwandure from World Skate Africa hosted the 5-day programme of training and tuition for 18 young women as guests of the Uganda Skating Federation, under the auspices of Olympic Solidarity and supported by both International Olympic Committee (IOC) and the Uganda Olympic Committee.

All 18 of the girls who completed the Technical Course are now equipped with the wherewithal to initiate programmes of skate lessons for both boys and girls within Uganda’s school system-  an approach which has proven so successful elsewhere in introducing youngsters to the possibilities and escapism afforded by skateboarding culture. 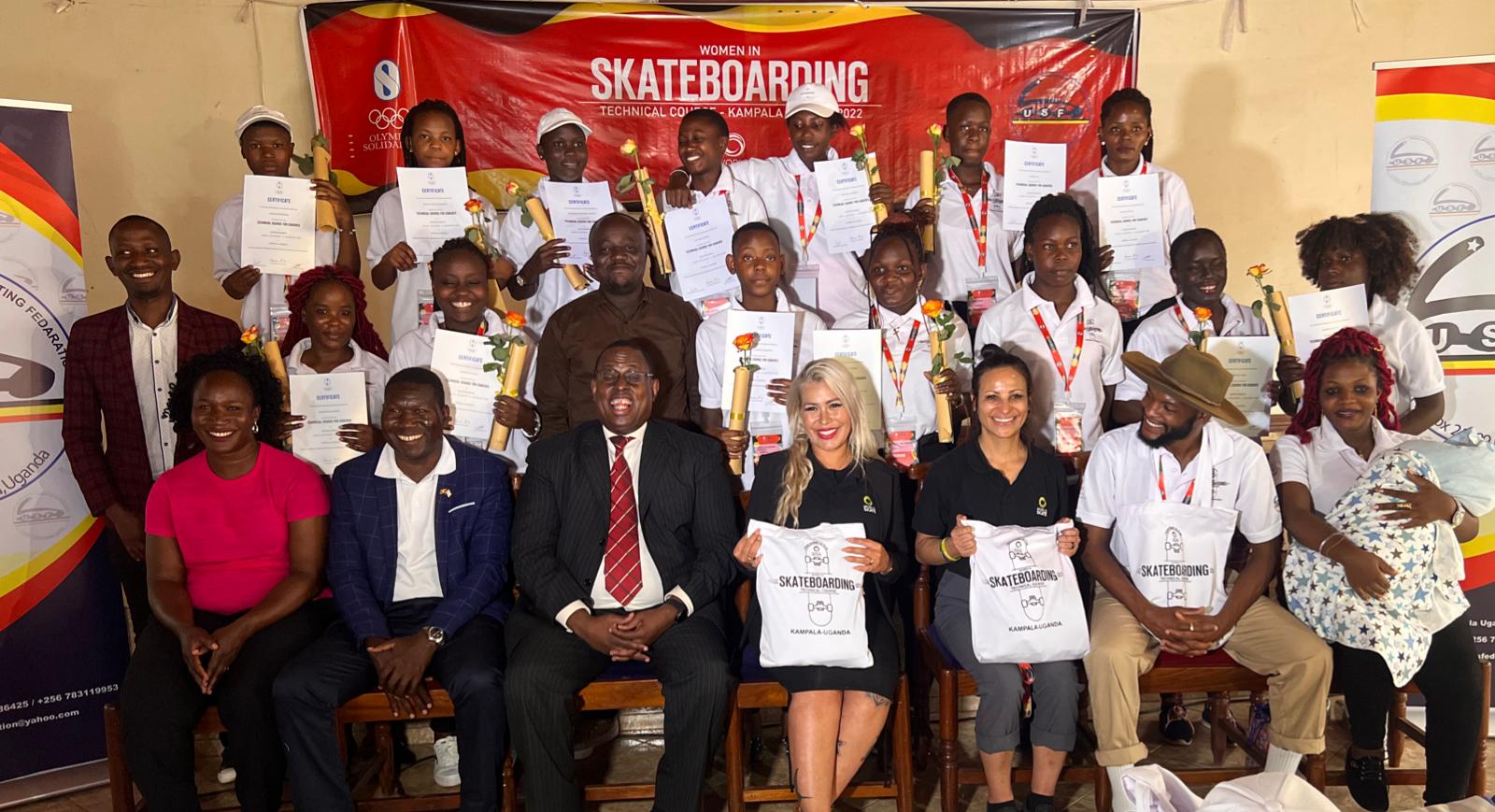 With Uganda making waves internationally within skateboarding due to their pioneering use of digital media to crowdfund and promote, the timing for the symposium was perfect as uptake of the activity across Africa reflects the new participation mix which we have seen elsewhere across the globe and which has doubtlessly revitalised the energy within grassroots skateboarding everywhere.

The direct aim of this Women In Skateboarding Technical Course was not only to empower skateboarding development within Uganda, but to create training pathways which will allow women to represent themselves at every level within skateboarding as it grows here, which it clearly is.

This was the first Women In Skateboarding Technical Course ever to take place on the African continent, but judging from the national media interest both in print and online, it is clear that World Skate’s commitment to develop grassroots skateboarding globally has already begun to take root here in Kampala from where we hope to see more future skateboarding heroes emerge. As each one teaches one, the magic of skateboarding gets passed along.

As participant skateboarder Fatima Nassazi commented “ I have learnt how to pass on new skills to potential skaters… we are also going to be able to improve our skills, and I’m going to be able to help my fellow girls to ensure we get where we need to- because skating has a lot of opportunities”.

If you are are a governing body who would like to host your own Women In Skateboarding Technical Course, drop us a line to set the wheels in motion as Argentina and Uganda already have.

The next WISTC symposium will be in Mexico from 26-30th September, and naturally we will bring you all the news and feedback from there, too!